Etched into our memory

It has become something of a tradition, in recent years especially, when reflecting on the year that is coming to an end, to assert that this was definitely the worst year. But was it really?
Leestijd 6 minuten — Wo 19 december 2018
In het geheugen gegrift

As you may remember, 2016 is forever etched into our memory as the worst year ever, with Brexit and Trump, the Zika virus, the Brussels bombings, among many others, and the death of many beloved musicians and actors.

2017, then, was quickly declared even worse, and, as we have just seen, 2018 hasn’t been so great either in terms of world events, war, famine, natural disasters, the continued erosion of liberal democracy around the globe, to name but a few of the worrying developments that we are witnessing. Thank God for the Royal Wedding, I guess.

At the same time, whenever it is asserted that this was definitely the worst year ever, others will invariably respond: Really? Was it worse than the year of the Spanish Flu, the Second World War, or the Black Death? It seems that there is a kind of competition going on for who can identify the worst year in history. Well, I’m happy to report that we have a winner: just last month a team of scientists have determined that the “worst year to be alive” was 536 AD.

I quote from the report, published in Science:

“A mysterious fog plunged Europe, the Middle East, and parts of Asia in to darkness, day and night – for eighteen months. ‘For the sun gave forth its light without brightness, like the moon, during the whole year’ wrote Byzantine historian Procopius. Temperatures in the summer fell 1.5-2.5 degrees Celsius, initiating the coldest decade in the past 2300 years. Snow fell that summer in China; crops failed; people starved. The Irish Chronicles record “a failure of bread from the years 536-539”. Then, in 541, Bubonic Plague struck the Roman port of Pelusium in Egypt. What came to be called the Plague of Justinian spread rapidly, wiping out one third to one half of the population of the Eastern Roman Empire and hastening its collapse.” 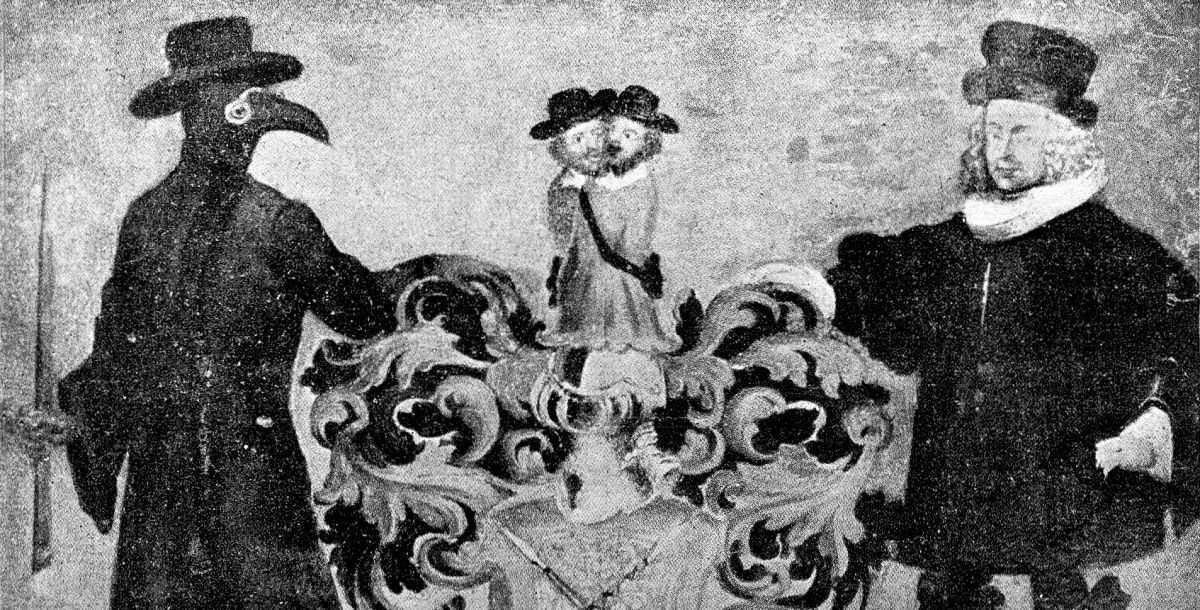 The team, led by Harvard historian Michael McCormick and glaciologist Paul Mayewsky, analyzed ice from a Swiss glacier and determined that a Volcanic eruption in Iceland spewed ash across the Northern hemisphere early in 536. Two other massive eruptions followed, and this, along with the plague plunged Europe into economic stagnation that lasted a hundred years.

What I find interesting about this report is the way in which it brings together different forms of memory and ways of knowing about the past. On the one hand you have the writings of Procopius and the Irish Chroniclers, so the historical record. On the other, we have this high-tech analysis of an ice core sample, which also preserves a record, which we can now read. And together, these records tell a story of a series of catastrophic events that plunged the world into darkness for a century. I guess there is a reason they used to call this period the Dark Ages.

A team of scientists have determined that the “worst year to be alive” was 536 AD.

As you can see, there are various different ways in which something can be etched into our memory and into the memory of the planet. If this research resonates with us today, it is perhaps because many of us feel that we are on the brink of another dark period in history. So if in 536, the defining event that had such an impact on the world was a natural disaster for which no-one was to blame, today, we’re faced with the uncomfortable reality that we are the natural disaster. One of the defining characteristics of this period we are in is that the distinction between human history and natural history is breaking down. This also changes the way we approach questions of history and memory, and it calls for a rethinking of the boundaries between the humanities and the natural sciences: it’s not just about the science of analyzing ice, or about volcanic activity, but rather it is about finding out what it was like to be alive during that time.

So what is it like to be alive right now, in 2018? And how will we remember 2018, what will remain of this year and of this moment in history in the future? How will future generations remember 2018?

My research focuses exactly on the question of how societies remember: what do they choose to commemorate and how, and what do they prefer to forget? Looking at what is remembered and what is forgotten or repressed, tells us a lot about how a society thinks about itself, imagines itself, its history and identity. And looking at the development of a society’s memory culture can tell you quite a lot about the changing attitudes of that society. So for example what are the kind of things that novels are written about? Films made about? And what are the memories that are preserved in museums and monuments?

Many of us feel that we are on the brink of another dark period in history.

Studying how monuments have developed can tell you a lot about the changing function of memory in a culture. For example: up until the 19th and early 20th century memorials were mostly heroic, commemorating victories, conquests, famous or infamous statesmen or monarchs. You get the guy-on-a-horse or guy-next-to-a-horse statues, triumphal columns and arches, or grandiose buildings. But in the aftermath of WWI and WWII, the Holocaust, and Hiroshima, memorials changed fundamentally. Now they commemorate victimhood, absence, trauma, loss. And they look increasingly abstract, broken-up, unfinished. Their forms are anti-monumental, some of them vanish over time, are sunk into the ground, or can only be seen from a particular angle. They can even be little engraved cobble stones on the street marking the absence of a person who died in the Holocaust. 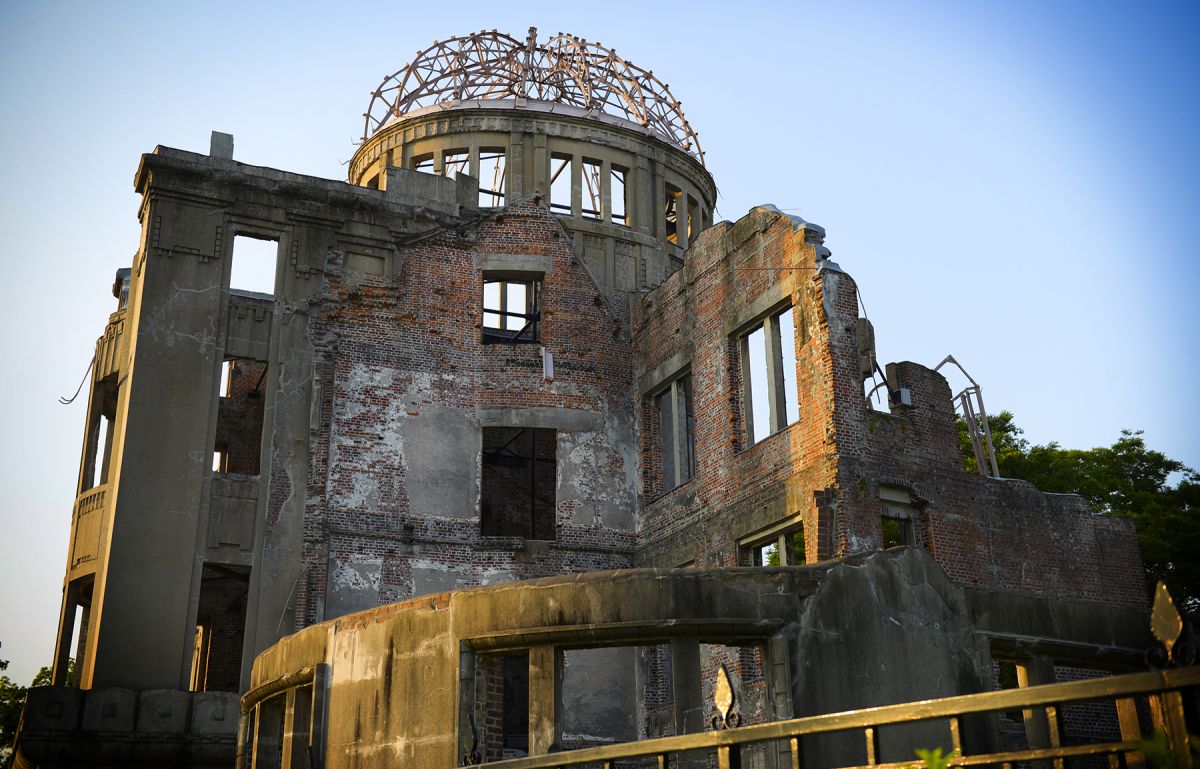 All of these monuments are about making the past visible in the present. Now, however, we are beginning to see a kind of memorial that aims to make the future present and visible. An example of this would be the proposed memorial to Global Warming in Washington DC, which will let the famous cherry trees be submerged by the rising water of the Potomac river over the course of several decades. Of course, you might say that every memorial is built for the future – so that future generations will see that something important happened here, and that they will remember that we existed. But what is different now, perhaps, is that the future itself has become uncertain, and that it is not so clear who will remember us when we’re gone, or that there will be someone to remember us a few hundred years from now. So the function of these memorials is to remind us of the future – and to spur us to take action now in order to make sure that there is a future. 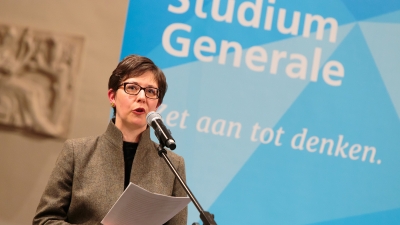 09:15
Memory and forgetting: what do we choose to remember? 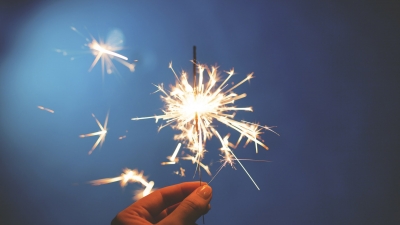