Marieke de Goede is Professor of Political Science at the University of Amsterdam.

De Goede has researched financial security for over fifteen years, focusing in particular on counter-terrorism, financial data and the role of banks in security practices. One of her research interests includes the ‘Politics of the List’, that she used as the main theme when co-editing a special issue of the magazine 'Environment and Planning: Society and Space' in 2016. Within this research area, her work focuses on the question why lists, as a technique of governance and regulation in security practices, have made their comeback especially after 9/11.

De Goede is also the Principal Investigator of the research project FOLLOW: Follow the Money from Transaction to Trial. This project tries to follow the chain of suspicious transactions and how they are identified and revealed by private security companies.

In 2008, De Goede co-edited Risk and the War on Terror, a book in which different authors analyze the specific modes of risk calculation that emerged during the War on Terror. She is also the author of Speculative security: the politics of pursuing terrorist monies (2012) in which she analyzes how finance and security are joined in new ways since the attacks after 9/11. 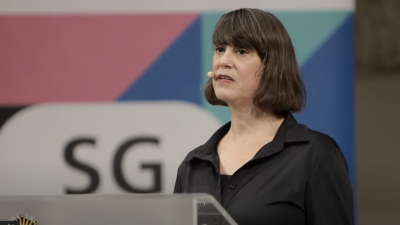 What it means to be blacklisted