Grizzly Man: a documentary that is not interested in telling the truth

Timothy Treadwell and his girlfriend were eaten by a bear. There's footage of it, there's a film about it, but we still don't know what the real story is. Does it matter?
Leestijd 5 minuten — Di 6 november 2018
Movies & Science

I saw Grizzly Man for the first time when I was in my early twenties. From what I remembered it was a documentary about nature, bears and a man named Timothy Treadwell, who died trying to protect them. I was so wrong. It's a story about human nature and not a documentary. I even believe that his death was not so much a tragic accident, but might as well have been suicide. Although I have no idea how truthful that interpretation is. As part of the series Movies & Science: Authenticity, literary scholar Dr Kári Driscoll (UU) gives an introduction before the screening of Grizzly Man. It was made in 2005 by German director Werner Herzog, a man with a unique perspective on storytelling and filmmaking. Driscoll explains that understanding Herzog’s vision is crucial to getting a better understanding Grizzly Man. 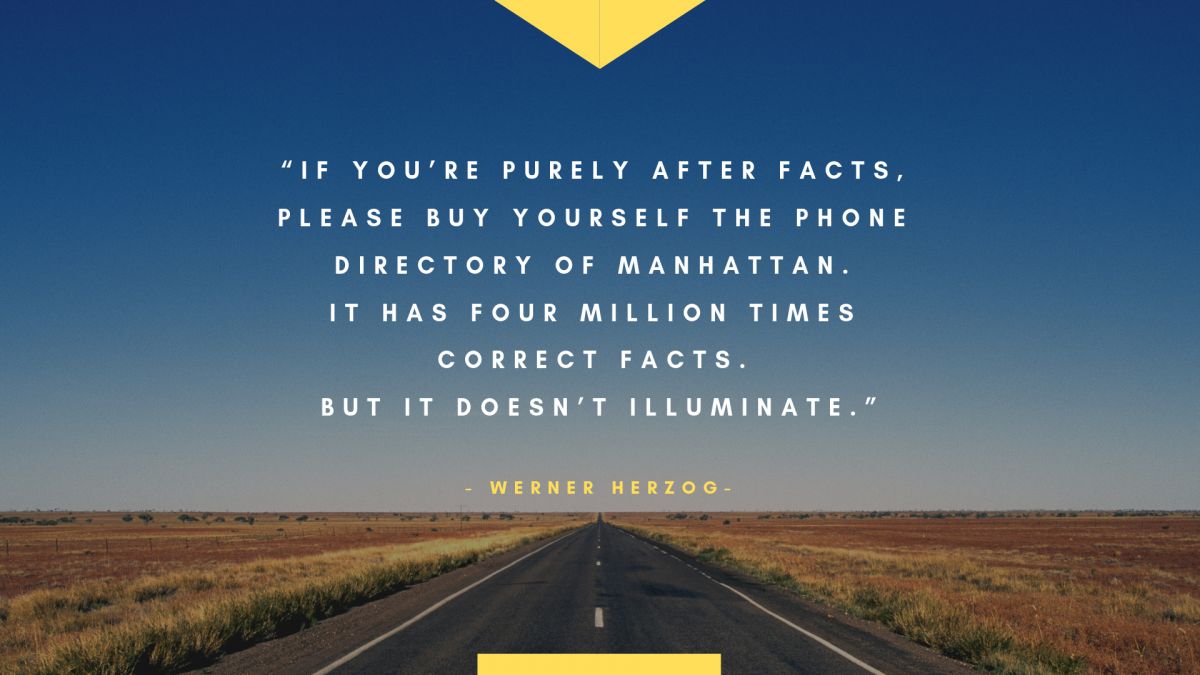 What is the difference between a documentary and a film? You could say that a film is scripted and acted, whereas a documentary is more factual and informative. Herzog thinks otherwise: “I don’t really make a clear distinction between documentaries and feature films, there’s a blurred line because I stylise documentaries, sometimes I even invent... sometimes I try to dig into something much deeper than the superficial truth of the so called cinema verité, somehow [it is] confused about fact and truth, and I’ve always looked for something much deeper, an ecstatic truth, the ecstasy of truth … the distinction is not so clear.” Grizzly Man is a typical Herzog film, but also unusual at the same time, Driscoll notes. He explains that Herzog is known for his tyrannical control during filmmaking. Grizzly Man, however, is for the larger part shot by someone else. Namely, Timothy Treadwell.

Treadwell was a man on a mission trying to save grizzlies in a very remote part of Alaska. Every summer, for thirteen years, he went there to camp between the animals. He would film himself and the bears. Grizzly Man is a montage of Timothy’s self-shot videotapes, interspersed with Herzogs voice-over and staged scenes of interviews with critics, friends and family. Purely as a nature film, Grizzly Man would have been a feast for the eyes: endless green forests, blue rivers full of salmon and impressive glaciers.

But it is not a nature film. The landscape is only a backdrop for a bigger, morbid story. In 2003 Threadwell and his girlfriend Amie Huguenard, who joined him that summer, died and were eaten by a bear. Their remains were found and so was the camera. Apparently, it had been recording during the attack, but with the lens cap still on. Only the sound was captured, or so we're told. Herzog says in an interview with NPR: "It's is a deep, deep human tragedy pervading the entire film. It's not only the moment that they die. I think it's a misconception of wild nature. It is everything that is not going right with the so-called Disneyization of wild nature, sentimentalizing wild nature, the New Age concept of wild nature - things going awry. And it's a film that gives you more insight into our own nature than many other films that I've seen in a long time. And it's a deeply tragic movie, as well." 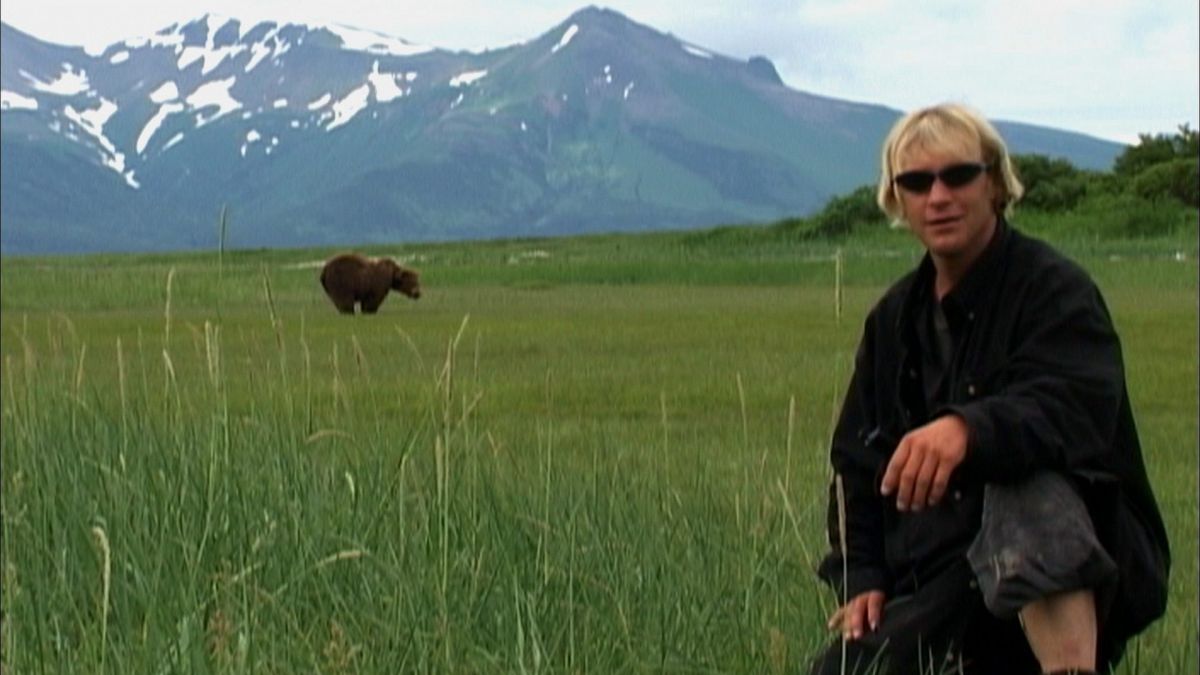 A character study with a Hollywood ending

Timothy is quite the character, to say the least. He is so over the top, you'd think he was acting. Apparently, Treadwell wanted to be an actor. After failing to become one, he decided to dedicate his life to protecting bears. We see him in the wild, talking to them as if they were humans in a bear costume. As if they were his pets. Sometimes when you see him addressing the camera in the video, he's charming, engaging and insightful, and other times you wonder: who is this lunatic?

As the film progresses his behavior becomes more erratic. Shooting the same scene over and over, up to 15 takes. “Crafting his own movie, far beyond a wildlife film”, we hear Herzog say. Treadwell is using the camera for his personal confessions about his failures, addictions and insecurities. Ranting about the park services and their rules and regulations, talking incoherently about how difficult women are, admiring bear poop. He keeps repeating how dangerous it is what he is doing: camping out in the wilderness, living among predators. “I will die for these animals, I will die for these animals, I will die for these animals.” Of course, the viewer knows where this is heading to. We know he’s going to be eaten alive. The carefully selected scenes Herzog uses (there was a 100 hours of raw footage available), the way he edits his film, leads me to believe Treadwell was a creepy guy with mental issues obsessed about bears. It appears in the end, that he was not ready to return to the ‘people's world’. That he’d rather be dead. No better way to go, for him, than by the paws and claws of the animals he loved the most. A true Hollywood ending.

Dr Driscoll's explanation about Herzog methods made me doubt everything about the film. Treadwell wanted to be an actor, but was he acting in his own video-tapes? Were the people who were being interviewed reading lines Herzog fed them; were they even his real friends? What was ;authentic and what was fake? What are facts and what is fiction? The boundaries were dissolving. Just the way Herzog likes it. I can’t believe I actually thought this a was a wildlife documentary about bears. Maybe I should watch it again. 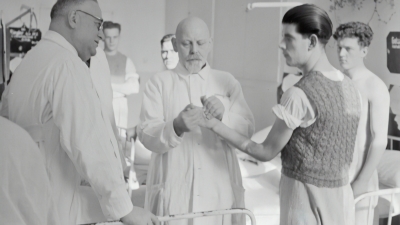 Why doctors and patients should become good storytellers 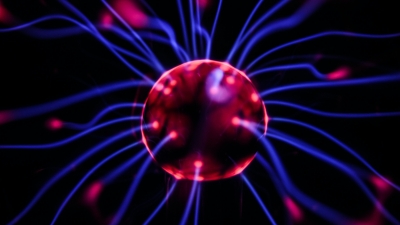 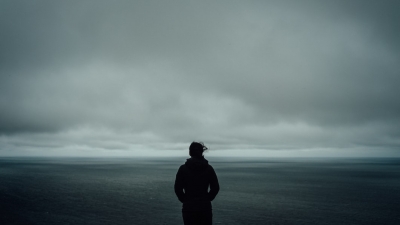 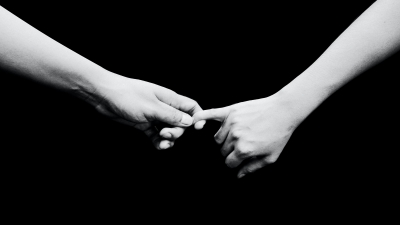 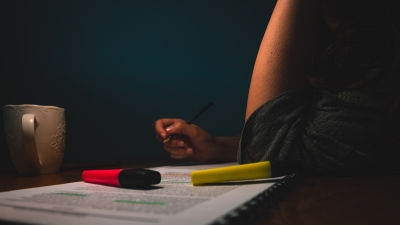 Why don't you take a pill?
Volg Studium Generale
Nieuwsbrief