If mayors ruled the world

In spring of 2013, Barber's new book will come out, called If Mayors Ruled the Wold, in which he pleas to acknowledge that mayors are the best candidates to respond to today's big challenges.
Leestijd 3 minuten — Wo 19 december 2012
Melanie Peters Oud-directeur Studium Generale

Prof. Benjamin Barber, sociologist and political theorist, visited Utrecht to talk about the importance of mayors in a globalizing world. Barber is associated with The City University of New York, Founder and President of CivWorld and Walt Whitman Professor of Political Science Emeritus, Rutgers University.

Globalisation is localisation
The paradox is that global challenges cannot be dealt with by nation states. The nation state came into existence some 400 years ago and depends on national boundaries and on sovereignty to create wealth and stability for its citizens. To guarantee health, prevent war and guard peace, for transportation and markets we needed a nation state, that was an independent territorial entity. The new challenges in the world such as immigration, epidemics, ecological disaster, transnational technology (e.g. the internet), international corporations, the war on terrorism and drugs do not need independence, but they demand interdependence. Nation states convened in the United Nations are unable to progress on these issues. States don't want to give up their autonomy, they do not allow monitoring agencies on their territory, they are unable to tell their constituencies that interdependence is in everyone's interest. Cities have to deal with these issues everyday and cannot turn their back at them. The Minister of Environment in Denmark decided to run for mayor of Copenhagen, because she felt she could be more effective in that role

Leadership
Benjamin Barber calls this a profound asymmetry. He proposes to shift the focus in the debate from the nation state to the local level. This is a pragmatic approach. The question a political scientist asks is “what else?” The subtitle of Barber's book is “Why they [mayors] should and how they already do”. An example he gives is that of the mayor of Los Angeles. To cut back on carbon emissions he focused on the trucks and ships in the harbour, which were responsible for 40% of emissions. At first he worked with a company that installed huge electrical sockets for containerships so they could switch of their diesel engines while in the harbor. When this system was operational, he convinced others that it was profitable and left it to the market. After that regulation was put in place. Working this way he took initiative, started a public-private partnership, left further roll-out of technology to the market and put regulation in place. Using a mix of instruments and the right sequence, he was able to cut emissions form the harbor in half, realizing a 20% cut. All trucks in his region now have to be hybrids. His political story was both local, about smog that people in LA experience every day, and global, about climate change. It takes this type of leadership from a mayor in modern times. Of course a mayor depends on a good administration, but he is symbolizing the city. And we also need symbols. The mayor is not the one who always has to voice the public opinion, or take initiative himself, but should create an atmosphere in which other leaders can flourish.

The new Hanseatic LeagueCities cannot do this all by themselves. They need to organize. Maybe the old Hanseatic League that once united cities that traded in the Netherlands, Germany and the Baltic could serve as a source of inspiration. The mayor of Copenhagen for instance called a group of mayors together during the Copenhagen summit on climate change. While the UN did not come to a binding agreement on global warming, the cities did. This group, called the C40, continued to meet during the summits in Rio, Durban and last week in Doha. By learning from best practices. Do we need a parliament of mayors? Barber doesn't really think so, but he uses the phrase tot indicate we should take what is already there and take it to a higher level. Of course there will be problems, not every mayor is as competent, not every administration has qualified civil servants and of course corporations will also try and have a hold on the way a city is run, like they do with national governments. Also the nation state will not go away, it will still serve a purpose, but we need to shift attention and realize that the city is already - and will become even more - the place where the future takes shape. We live in an era where we have to solve problems on a local level, to create commitment and meaning, ideologies won't do the job any more. 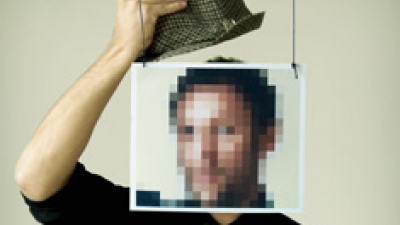 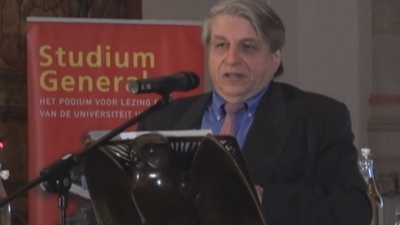